A unique, protected natural environment, where slopes are shaped by human hand to provide a welcoming home for the vines.

The vines in Gigondas are nestled at the foot of the Dentelles de Montmirail mountains, their deep roots nourish those of the Gigondas wines, which have so many marvels to offer grapes that make marvelous Gigondas wines. The grey limestone soils of the Dentelles de Montmirail provide unique, well-structured terroirs. These in turn produce red wines with aromas of brandied fruit, developing over time into earthy, truffled notes, while the complex, shimmering rosés display notes of red fruits, almonds, and spices.

There are two stories regarding the origins of the name Gigondas. One claims it comes from gignit undas, or “surging forth from the waters”      - a mountainous terroir concealing a vast subterranean reservoir; the second from the Latin jucunda, meaning “joyful,” inspired either by Jucundus, the first land-owner, or from its favourable location with good hunting in the surrounding countryside. Either way, vines have been grown here since ancient times. Soldiers of the 2nd Roman Legion are credited with creating the first wine estates, while the discovery of vessels used to store wine provides further proof. The earliest written evidence of a vineyard in Gigondas dates back to the 12th century, while official records from 1591 confirm the existence of a burgeoning wine trade in the area.

By the 18th century, official harvest dates were already being set and in the late 19th and early 20th century, Gigondas wines were winning medals in competitions all over France.

In 1956, following a series of severe frosts which rates vaged the olive groves at the foot of the Dentelles de Montmirail, many of the hillsides were planted with vines. Gigondas was the first Côtes du Rhône Villages appellation wine to be awarded Cru status, in 1971.

The Gigondas appellation is located in the commune of Gigondas, in the Vaucluse département.

The climate is largely hot and dry with 2,800 hours of sun a year, but can be variable and is influenced by the prevailing Mistral wind wind.

The soils leading right up to the foot of the Dentelles de Montmirail are made up of alluvial terraces of stony red clay from the Mindel glaciation, and are highly porous and free-draining. They are also rich in clay, and very similar to the Grand Cru terroirs. As local 19th century lawyer, politician, geologist and winegrower Eugène Raspail explained, “The landscape in the Gigondas area includes three main, parallel, chains that run west to north-east, following a curve whose apex would lie in the north-east. The ridges of all three chains comprise grey limestone dating back to the Jurassic. On the southern side, the first ridge is covered by Oxfordian black clays, while to the north, the third ridge is topped by lower Neocomian and Gault soils, green sandstone and chlorite chalk. The two valleys (Col D’Alsau, and La Buissière) stem exclusively from the Lower Neocomian. In this second valley, near Cayron, clay marls alternate with banks of blue and yellow limestone.” 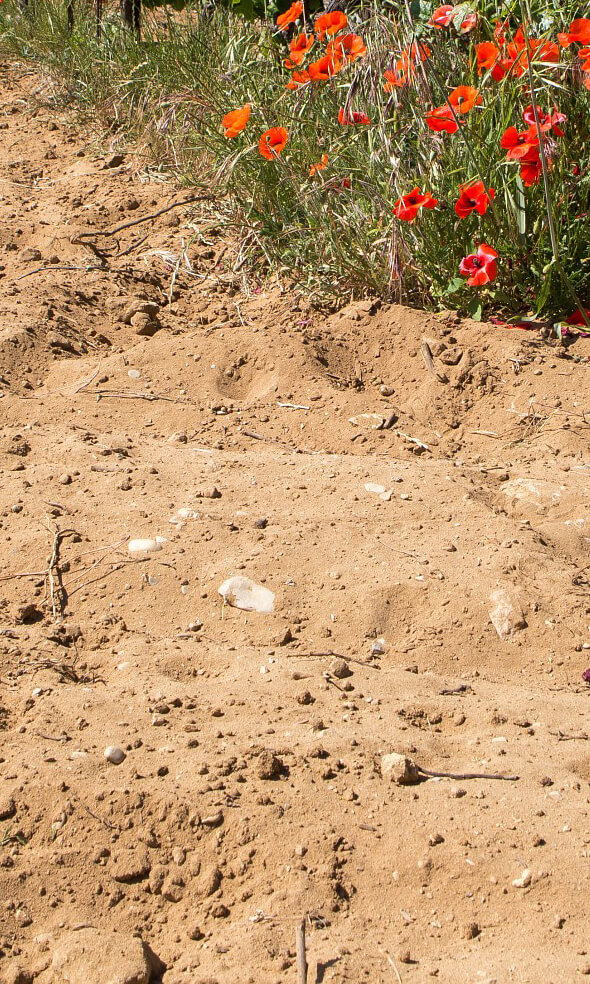