Even the name sounds southern!

So it’s no coin- cidence that Signargues is, in fact, the southernmost of the Côtes du Rhône Villages appellation vineyards with geographical name. Situated midway between Avignon, the city of the Popes, and the Roman aqueduct of Pont du Gard, Signargues is also full of history. In 736 it was the scene of a fearsome battle between Charles Martel’s troops and the Saracens then occupying the south of France. The first part of the name, “Sign”, refers to the blood shed during these historic invasions, while “Argues” derives from the name of the Roman city. And the vineyards are still there, bearing witness to this historic past. They are planted on what used to be the Rhône’s riverbed, one of the region’s most notable terroirs. As it journeyed down from the Alps, the river deposited rounded cobbles, red with iron oxide. These vines produce some of the best red wines; the ever-present garrigue gives them distinctive aromas of forest undergrowth and black fruit.

The Signargues plateau was occupied by the Romans. Traces of these times still exist, as seen in the form of a double-faced statuette of Bacchus and Ariadne found by archaeologists and now on display in the Louvre.

Signargues first came to prominence in 736, when Charles Martel fought and overcame the Saracens. In gratitude for this victory, King Francis built a chapel here, dedicating it to Saint Jean of the Vines.

At an average altitude of 150 metres above the Rhône, the climate here is Mediterranean – hot and dry, and heavily influenced by the Mistral wind. 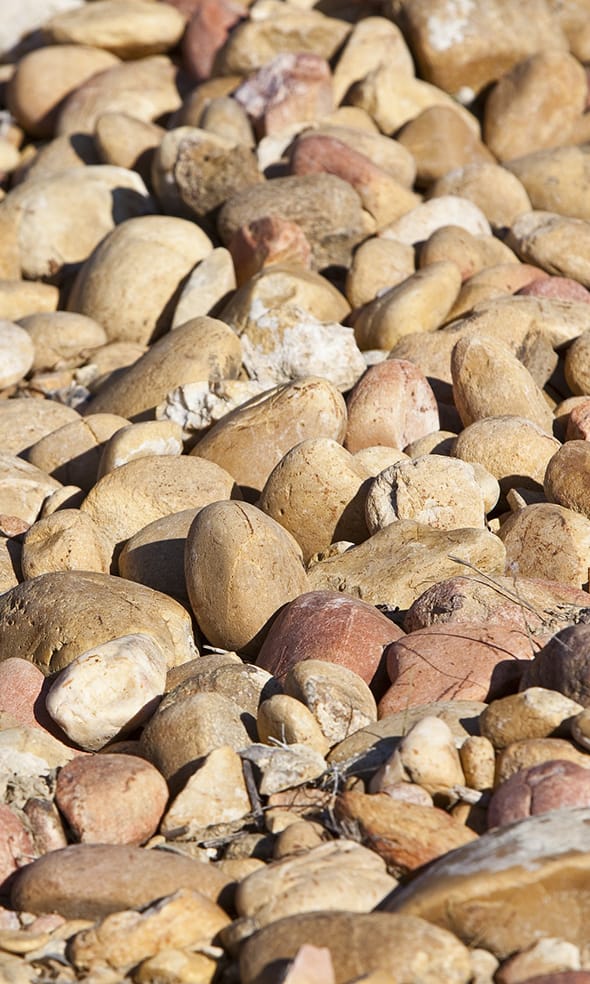