Once upon a time there was Rochegude, a fortress whose history began long, long ago,

on a rocky massif overlooking a vast plain which today is planted with vines. The village was originally known as Roche Aigues (sharp rocks) then became Roche Acuta in Roman times, and changed over the years, as language does, to Rochegude. This was one of the Rhône Valley’s best winegrowing areas, producing wines that were highly regarded by the Romans; it has continued to make excellent wines ever since. The vineyards are planted in light, flint-rich soils, and produce easydrinking, fresh and fruity reds. The appellation has also built up an enviable reputation for its rosés, which combine delicious red fruits, raspberries and redcurrants with a refreshing roundness on the palate.

Emperor Domitian is known to have mentioned the vineyards of Rochegude several times. His steward, Cassius Severianus, tasked with restoring and rejuvenating the Gaulish vineyards, is known to have stayed here. As proof, there is stil a vine growing in Rochegude today called La Cassieuse. In the 18th century, the quality of the local vineyards grew under the watchful eye of the Marquis of Acqueria, a committed wine-grower who introduced superior quality Tinto and Xérès vines from Spain. This constant effort to improve the quality of Rochegude wines was rewarded in 1967, when the area was promoted to Côtes du Rhône Villages with geographic name.

The vines grow only in the commune of Rochegude, in the southern Drôme département. 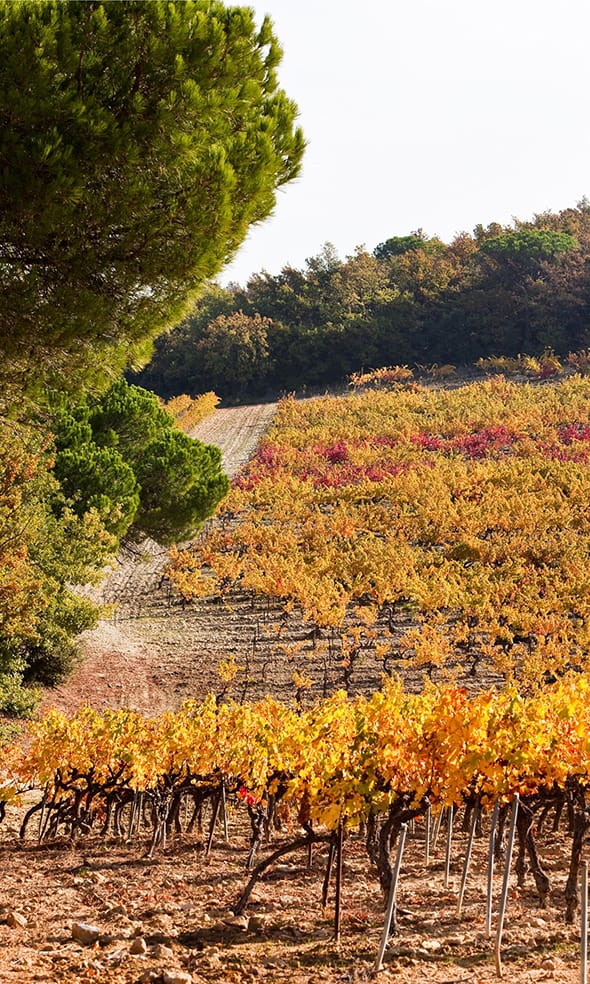