Made in the cool of the Cévennes, but with a fie- ry southern character and identity, Duché d’Uzès wines are light and very precisely crafted.

The vines grow on sunny slopes reclaimed from the garrigue, and are available across all three colours. They are all blends, made from the best Mediterranean varietals.

The history of Duché d’Uzès wines goes back 2,000 years. Vines have grown in this area since the 6th century BC, but winegrowing began to escalate in the Middle Ages, driven by religious communities. In Louis XIV’s time, so-called “royal vines” were grown in the Pays d’Uzège, in the village of Arpaillargues- et-Aureilhac, and the king had the wines shipped back to his court in Paris. One of the greatest champions of Duché d’Uzès was writer Jean Racine. While staying in Uzès in 1661, he wrote to a friend in Paris describing the wines as “the best in the kingdom,” famously stating that “we have nights more beautiful than your days.”

The Bishop of Uzès’s Vineyards : At one time, the Promenade des Maronniers and the parklands were the property of the Diocese, and were planted with vines. The Bishop was very proud of his vines, and around 1400, he looked for a way he could share his pride and joy with his people. He made it known that on the first of January, he would give a carafe of his finest white wine to every couple who had made it through the first year of marriage without arguing. Unfortunately, there are no records to show how many carafes of wine were given away! In 1989 Duché d’Uzès began the process of earning AOC recognition. It was a long road, but the rewards came in July 2013, when it was officially granted AOC status.

Duché d’Uzès lies between Nîmes and Alès; the town of Uzès is in the east of this area. It is bordered to the west by the foothills of the Cévennes, to the north by the Lussan limestone massif with Mont Bouquet (630m) as its highest peak, and to the east and south by the vast limestone plateaus and woodlands separating Nîmes, Sommières, and the Rhône Valley.

The climate here is Mediterranean, tempered somewhat by the distance from the coast and the hills curbing the maritime influence. Daytime and night-time tempera- tures vary widely, giving the wines vivacity and freshness – particularly the whites.

The geology of the area shows a variety of formations, including sandstone, marl, cobbles, scree, alluvium and hard limestone. These repeat across the landscape, giving the diversity of soils that makes Duché d’Uzès unique. 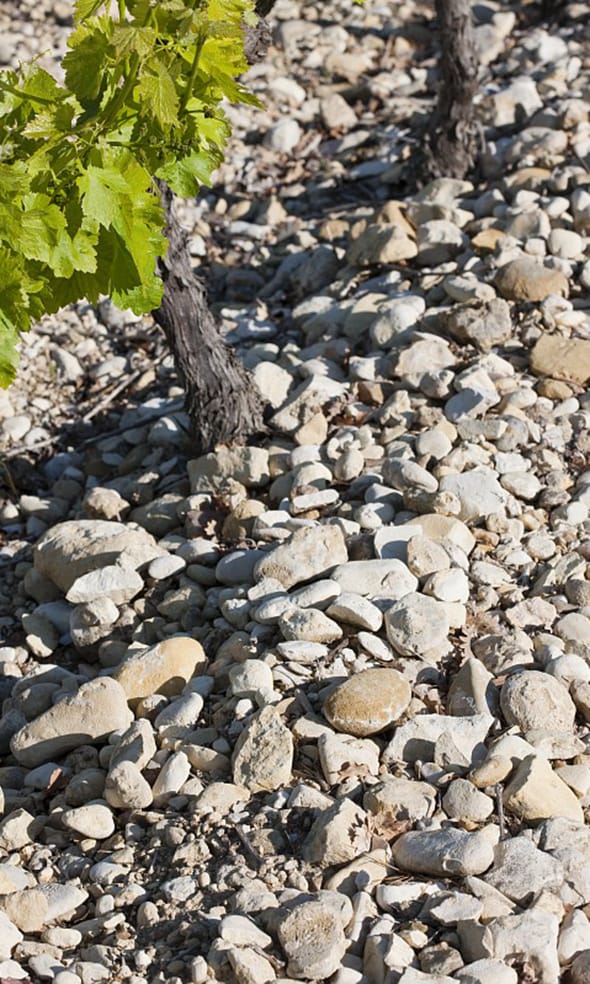