The lush vineyards of Beaumes de Venise could be straight from the landscapes of Tuscany.

Vines and olive groves grow side by side on land lovingly tended by the winegrowers, where sustainable agriculture is a natural extension of their deep love for this unique, fertile, precious land.

The name “de Venise” makes us think of Venice, and sounds as if it might have romantic connotations. But this area isn’t named for the beautiful Italian town; it’s a derivation of “de Venisse”, from “Comtat Venaissin” (also known as Comtat Avignonnais), which was once part of the Papal States.

Beaumes de Venise lies in the foothills of the Dentelles de Montmirail and their jagged peaks of Jurassic limestone, a terroir made up of 3 types of soil, notably the rocky outcrop known as Le Trias, exceptional soils which produce a very specific type of wine.

The appellation spans the villages of Beaumes-de-Venise, Lafare, La Roque-Alric and Suzette, in Vaucluse.

The climate is influenced by the Mediterranean. Temperatures are high, as the Dentelles de Montmirail protect the area from the Mistral wind.

The character of Beaumes de Venise wines is shaped to a large extent by three major terroirs. These are:

The Terres du Trias (Triassic Earth). The Triassic period is the name given to the earliest part of the Mesozoic era. Normally, the Triassic rock in this area would be buried some 1,500m underground, but as the Dentelles de Montmirail emerged they brought the Triassic deposits to the surface, mainly around the town of Suzette, in a compressed formation unique to the Rhône Valley known as the Suzette Diapir. The soils are shallow and generally poor, but are cultivable; they protect the vines from both drought and humidity, as the fine earth, coloured ochre by the presence of iron, hardens during times of drought but contains fissures which help it remain porous.

The Terres WHITEhes (Cretaceous White Earth), around the village of Roque Alric, made up of calcareous clay and marl. The parent rock is greyish in colour, showing a touch of red where iron is present. As they grow, the vines’ roots bore down into the limestone, extracting the minerals they need to thrive. The terroir is farmed mainly on terraces with maximum sun exposure.

The Terres Grises (Jurassic Grey Earth) are found chiefly to the north of the village of Lafare, set against the south-eastern slopes of the Dentelles de Montmirail. The soils are mainly Oxfordian black marl, made up of silt, clay and sand. They face east and south east, giving excellent sun exposure and promoting uniform ripeness 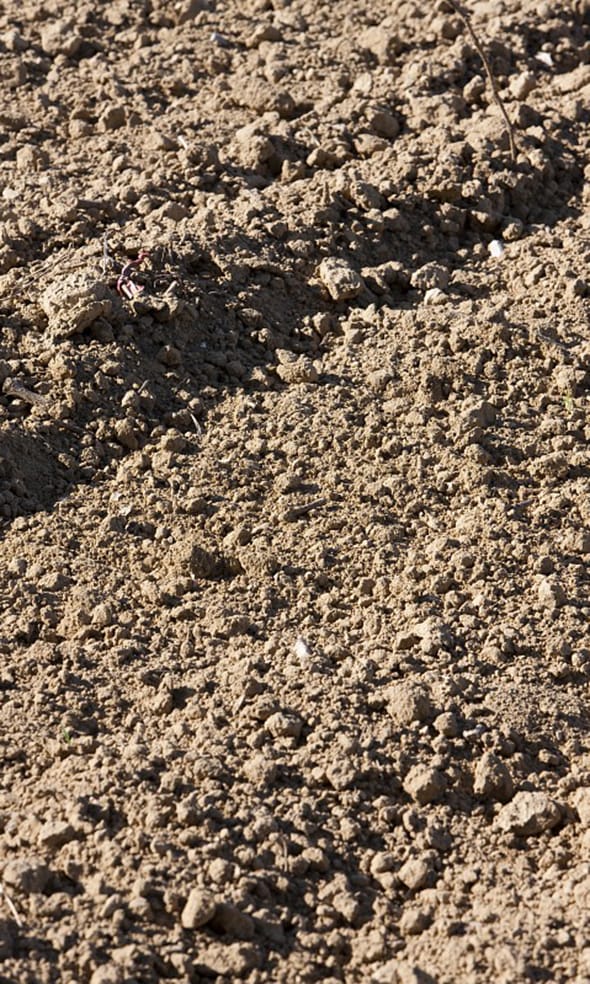